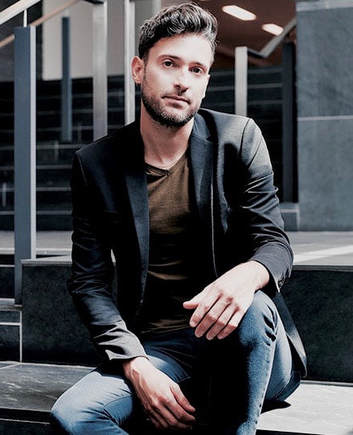 I am associate professor of sociology at the University of Toronto. I am also associate member of the Oxford department of sociology and affiliated faculty in the Munk School of Global Affairs and Public Policy. I am an associate member of Trinity College, University of Toronto. My research interests include social policy, political sociology, law and society, disability politics and social movements.

I am interested in the development of political constituencies and their ongoing interaction with political institutions. More specifically, I focus on the ways in which political entrepreneurship and political institutional arrangements shape policy agendas. One of the main objectives of my work is situating the role of grassroots activism and nonprofit advocacy within the political process. In related projects, I extend this framework to examine the economic, social and political impacts of policymaking, enforcement and judicial review on various constituencies.
​
I have published in Law and Policy, Sociological Inquiry, British Journal of Social Psychology, Canadian Review of Sociology, The Sociological Quarterly, Sociological Perspectives, Canadian Public Policy, Disability and Health Journal, Journal of Survey Statistics and Methodology, Journal of Consumer Culture, and Gender & Society.

I often write for Mobilizing Ideas created and hosted by the Center for the Study of Social Movements at the University of Notre Dame. I also occasionally write for OpenPop.org as well as Scholars Strategy Network.

My book, ​Politics of Empowerment: Disability Rights and the Cycle of American Policy Reform (2019, Stanford University Press), offers a timely explanation for how the United States is both policy innovator and laggard. Why are decades-old disability rights policies like the ADA facing political threats which undermine their ability to help people with disabilities?  In the 1970s,  “political entrepreneurs” led a movement within the government turning clients of social services into citizens entitled to civil rights. But, as these institutional activists increasingly faced obstacles in expanding and enforcing their legislative intentions, nascent disability advocacy and protest groups took the cause to the American people forming the basis of the contemporary disability rights movement.  I chart the symbiotic relationship that developed between policymakers and activists. By placing the movement in a broader sociological, political and historical context, the book helps redefine the relationship between grassroots advocacy and institutional politics, revealing a cycle of progress and back-stepping embedded in the American political system.

In American Journal of Sociology by Jeremy Levine

In Mobilization by Stephen J. Meyers 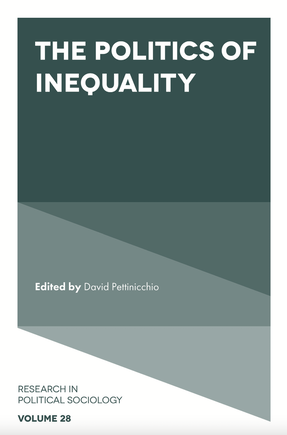 ​In The Politics of Inequality, David Pettinicchio has gathered an interdisciplinary team of leading experts to make a valuable contribution to the existing inequalities literature through a political sociology lens. Broad social, political and economic forces associated with neoliberalism and globalization, climate change, migration and immigration, health, global financial crises, and crime and punishment, among others, have manifested themselves in a variety of different ways, in turn influencing the politics of inequality across local, national and international contexts.


This volume explores a wide range of topics showcasing the multidimensional nature of the politics of inequality. Some of these topics include inequalities within democratic movements, youth political engagement, environmental justice, the impacts of neoliberal capitalism on reproductive autonomy, the politics of educational inequalities, the effects of different forms of collective action on perceptions of inequality, public health and care work, the intersection of race and LGBTQ status in political representation, and much more. 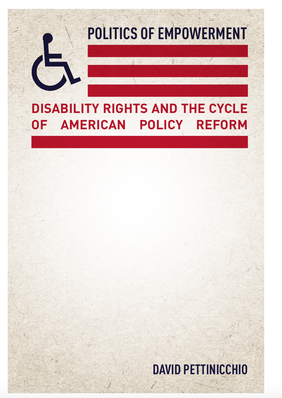 Despite the progress of decades-old disability rights policy, including the landmark Americans with Disabilities Act, threats continue to undermine the wellbeing of Americans with disabilities. The U.S. is, thus, a policy innovator and laggard in this regard. In Politics of Empowerment, David Pettinicchio offers a historically grounded analysis of the singular case of US disability policy, countering long-held views of progress that privilege public demand as its primary driver. By the 1970s, a group of legislators and bureaucrats came to act as "political entrepreneurs." Motivated by personal and professional commitments, they were seen as experts leading a movement within the government. But as they increasingly faced obstacles to their legislative intentions, nascent disability advocacy and protest groups took the cause to the American people forming the basis of the contemporary disability rights movement. Drawing on extensive archival material, Pettinicchio redefines the relationship between grassroots advocacy and institutional politics, revealing a cycle of progress and backlash embedded in the American political system.

​New publication: Maroto ML, Pettinicchio D, Lukk M. Working Differently or Not at All: COVID-19’s Effects on Employment among People with Disabilities and Chronic Health Conditions. Sociological Perspectives. May 2021. doi:10.1177/07311214211012018